It was Mike Goldmark who introduced me to the work of Phil Rogers, at an exhibition at the gallery about fifteen years ago.

As soon as I laid eyes on the pots I loved them, and bought a big one, nuka glazed, with fingermark decoration – very Phil Rogers mid-2000s – which I adore. It was the first studio pot I bought, my gateway ceramic, and holds an especially honoured place in what has become a modest but serious collection. A famous painter once said to me that pots were all very well but you wouldn’t look at one twice. Not so; this pot stands on a shelf in my study and my eye is still drawn to it to find something new, most recently the neck and the lip, in which fine judgments and tiny adjustments are evident, in contrast to the body, which looks like something swelled by nature, a bud, or a gourd. I liked it so much, I bought more, and then on a visit to Wales called in at the Marston Pottery at Rhayader and met Phil. This was when I was first ordained and serving my title, as we call it, at Boston Stump in Lincolnshire. It was my job as Curate to celebrate Holy Communion in a church centre we built on the council estate. Ceremony on the estate worked differently from how it worked in the historic town centre and using the silverware that had been used at the great Medieval church for generations felt uncomfortably in-appropriate, like wearing white tie to a disco. So I repurposed a yunomi and a chawan by Phil, in a dark and treacly tenmoku, to serve as chalice and paten at the Eucharist there, the cup and the dish with which we distribute the sacred elements of bread and wine. They seemed to me up to the job of containing the body and blood of Jesus Christ, suitably sacred vessels for their sacred purpose, but not incongruous in the estate’s church centre, about as far from gothic as can be.

I told Phil about this when I met him, on that first visit to the pottery, next to the fifteenth century house on the edge of the little town where his family has lived for centuries. He didn’t exactly snort, but I realised that I was imposing on the pots a story to which they did not really belong. Their tradition is distinct from mine, their beauty more to do with their everyday utility than their set-apartness. While they serve very well as vessels for Holy Communion, now I tend to repurpose the pots, if I do at all, for more earthly matters. I’m writing this on the kitchen table, in mid spring, and on the shelf in front of me supermarket daffs stand in a jug by Phil, wood-fired, long-necked, studded with pellets, and with that distinctive elegant high bend in the handle. Near to it are two round lidded jars, pine ash glazed, in which I keep garlic and ginger. By the kettle is one of his tea pots and on the window sill a line of yunomis and chawans, one of which is reserved exclusively for beating eggs prior to scrambling, and also – bucking the trend –a lovely little perfume box used once a year to hold the ashes of burnt palm crosses, which, mixed with a little oil, I use to mark a cross on the foreheads of my parishioners on Ash Wednesday. Lest this sound like I have an exclusive deal with Marston Pottery, among my kitchenware providers also include Lisa Hammond, Mike Dodd, Clive Bowen, Doug Fitch, and the Jelfs. 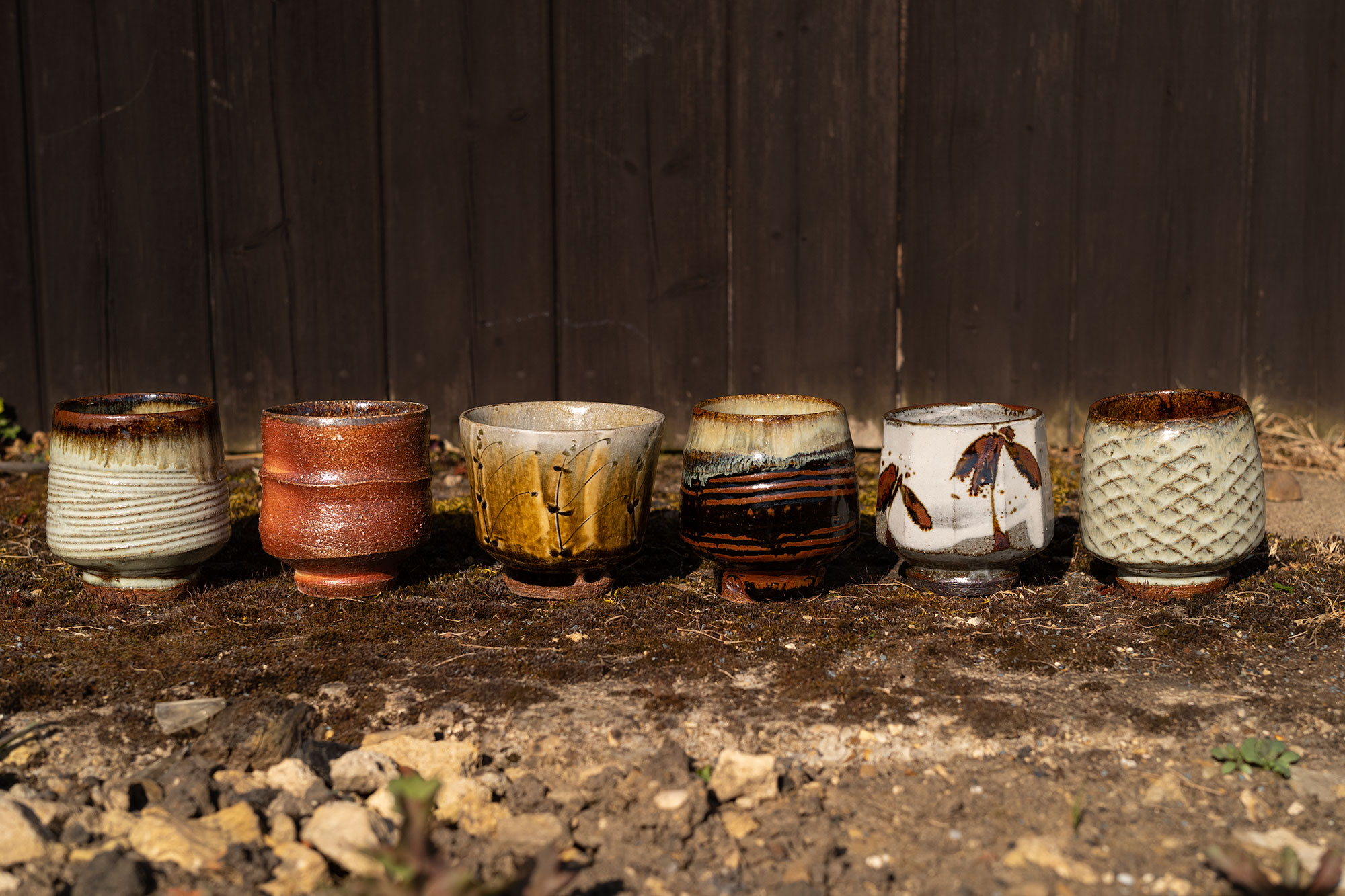 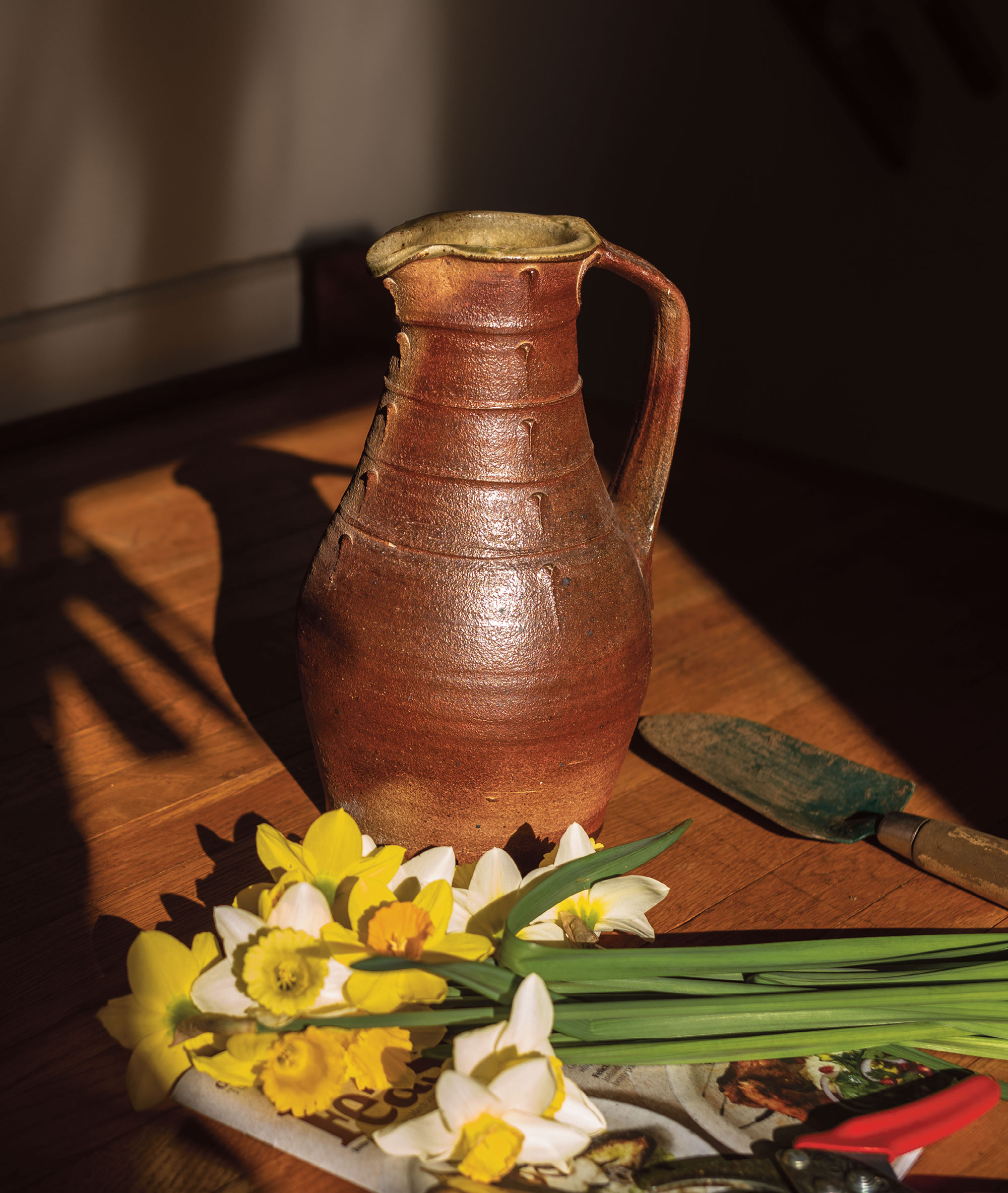 One of my favourite pieces by Phil, is a little bowl, iron-dark clay brushed with hakeme and clear glazed (he has made a lot of these recently). I love the creamy whiteness of the hakeme on the black ground, and could admire it all day on its own terms, but it so happens the bowl holds exactly the right amount of kibble for a single serving for the dogs, and I use it every morning and evening for that purpose. Nothing more everyday than feeding the dogs, but this most humdrum of activities has become ritualised, the repertoire of sound and gesture and materials fitting the pattern of feeding and satiety for them and good husbandry for me. Of such small things our lives are made. There is a loveliness about that which grows, and a spirituality too, not the ceremonial kind of the Western eucharistic rite, but of home and hearth and daily use. It’s not that distant from Anglican spirituality in some of its forms. The priest-poet George Herbert, who gave up a blossoming career at the Tudor court to become a country parson, expresses it:

A servant with this clause
Makes drudgerie divine
Who sweeps a room, as for thy laws, Makes that and th’action fine.

In my fifties I find I want fewer things but better things. A great way to start the upgrade is with ceramics, to have a bowl that sits in your hand as if it belonged there, to pour milk from a jug that not only understands milk but understands you, to keep your paper clips in a ceramic box that in its tiny way turns the drudgery of admin into something fine.

Richard Coles FRSA FKC is an English musician, journalist, Church of England parish priest and collector of studio pottery. Now vicar of Finedon in Northamptonshire, he was formerly the multi-instrumentalist who partnered Jimmy Somerville in the 1980s band the Communards. He was a contestant on Strictly Come Dancing in 2017 and also regularly appears on shows such as Have I Got News For You and QI. 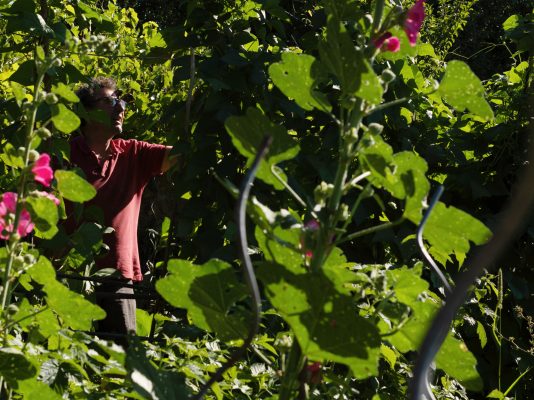 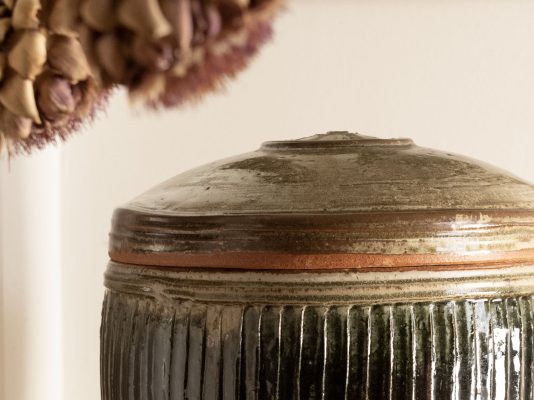 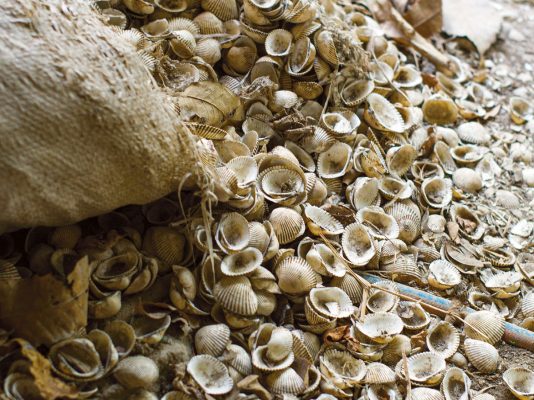